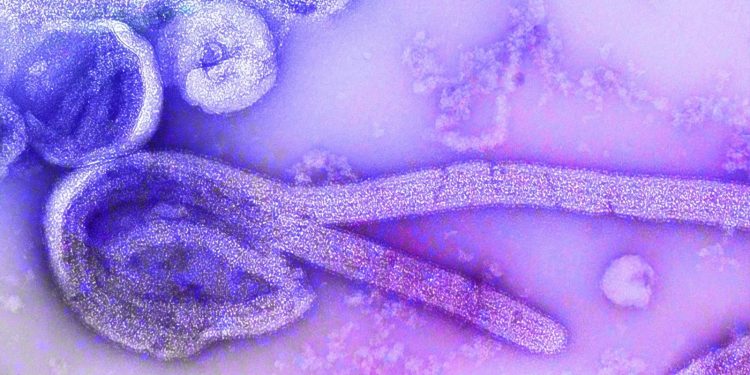 Ebola virus disease (EVD) is amongst severe and deadly infectious diseases that cause fever, diarrhea, and body aches. The cause of the Ebola virus is contributed by the dangerous species of the Zaire ebolaviruses.

It was initially detected in 1976 near the Ebola River in the Democratic Republic of Congo (DRC), and thus, it was named Ebola Virus. It is not spread in the whole world but in some parts of Africa, Europe, and America.

What is the Ebola Virus?

Ebola virus disease (EVD), also known as Ebola hemorrhagic fever (EHF), is caused by the Ebola virus, a member of the Filoviridae family. It causes hemorrhage fever and internal and external bleeding, causing severe damage to the immunity of the patient.

It is a zoonotic virus and can be transmitted from non-human primates to humans and also from humans to humans. It is believed that the Ebola virus hosts are fruit bats (or primates, money, and apes) or the Pteropodidae family, but there is no evidence on the exact cause of the disease.

Ebola virus shows different effects in different regions and locations, and some of its subtypes are named for their area. They are enlisted below:

Zaira, Sudan, and Bundibugyo were initially reported in Africa as the ebola virus outbreaks. The subtype Reston was found in the Western Pacific; however, it is pathogenic and causes illness in primates and is not known to infect humans. Additionally, a member of the Filovirus family called Marburg virus was discovered in Germany and can cause hemorrhagic fever.

The signs and symptoms of the Ebola virus start appearing averagely after 8-10 days after exposure to the virus, but the onset is 2-21 days.

The early signs and symptoms of the Ebola virus that appear first are:

If the above symptoms of Ebola virus appear and there is a risk of infection, you need to contact a physician, it is not sure that it is Ebola virus disease, but if the following warning signs appear you need to see a doctor immediately:

See a physician immediately as it can lead to worse conditions like liver function and kidney impairment symptoms. Also, laboratory findings show a rise in liver enzymes and a decline in white blood cells and platelets.

Ebola virus is not contagious and does not spread through the air, water, or food. Ebola virus is transmitted from one human to another and animals, including chimpanzees, forest antelopes, gorillas, monkeys, and porcupines. As people handle or come in contact with these animals, they are likely to get infected. It can spread through the following

Usually, most infections of Ebola virus transmission occur between the primary caregivers, family members, or medical professionals in the health care system with inadequate infection control. The Ebola virus can gain entry to your body through a skin break-in or mouth, nose, or eyes of an infected person. Water, insects, or mosquitos do not contribute to the transmission of ebola virus.

In the initial days of Ebola virus symptoms, the infected person does not produce high levels of the virus; therefore, the risk of transmission is minimal. However, as the signs and disease progress, the amount of virus increases in the body, making the person contagious.

Everyone must follow protective measures to reduce human transmission. Following are some preventions for Ebola virus to avoid the transmission:

Ebola virus was first reported in 1976, and it’s been 44 years and is still active. The timeline of the Ebola virus spread is as follows:

So far, the Ebola virus has affected a few parts of African countries.

There is no proven treatment of ebola virus in health care systems. Treatment of specific symptoms and rehydration of oral or intravenous fluids is found to be helpful in survival. Also, controlling blood pressure and taking care of other infections and symptoms helps the patient to cure fast.

There is no licensed or approved vaccine for the prevention of this Ebola virus disease, but an experimental vaccine in Guinea in 2015 was found highly protective against this infection. The vaccine was named rVSV-ZEBOV, and the WHO gave access to patients in the 2018-19 outbreak of the virus.

I am a medical student and have an interest in bringing reforms and transmutation in the field of health and medicine. I have interests in writing and have written scripts, essays, reviews and research papers at my college and university level. I do research on different topics related to diseases and health and go in depth of it.

Marijuana Use In Pregnancy Might Cause Autism In Newborn, Study Says 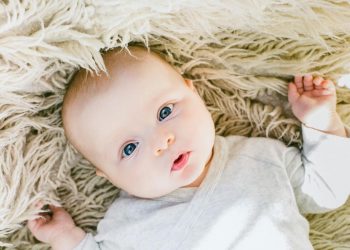